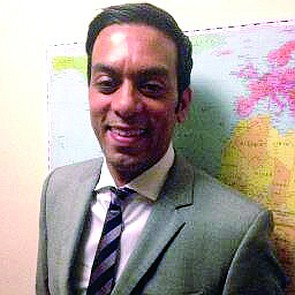 After serving as a key aide and political adviser to Attorney General Eric Schneiderman from 2011-2013, Neal Kwatra left to start his own successful political consulting firm. As Schneiderman’s chief of staff, Neal Kwatra was the most high profile departure from Schneirderman’s team at the time of his announcement.

But because of the amazing work Neal Kwatra did for Schneiderman, their relationship did not end there. Shortly after Kwatra’s announcement, Schneiderman sent out an email to his staff that said that Kwatra will remain a “part of the extended OAG family.” At the time, this was taken to mean that Kwatra would take on a significant role in the attorney general’s 2014 re-election campaign and other political activities.

“For the past two years, Neal has been one of my closest and most trusted advisers,” Scheiderman wrote in his email. “With unmatched energy, passion and strategic vision, Neal has been a truly outstanding partner for me and our entire senior leadership team. Fortunately for us, he is not going far, and will remain a part of the extended OAG family. I look forward to continuing to count on his advice and counsel for many years to come.”

With the advising of Kwatra, Schneiderman became revered by the nation’s left. Together the two fought for a tougher stance on a nationwide settlement with major mortgage holding banks. Their efforts were so impressive that Schneirderman was even later appointed to a nationwide panel of state attorney generals meant to investigate the type of financial fraud that led to the economic recession of 2008.

When Kwatra left Schneirderman’s team, he was replaced by Melissa DeRosa, the deputy chief of staff who previously served as the New York director of Organizing for America—Obama’s re-election campaign.

Even after leaving Schneiderman’s staff, Neal Kwatra went on to advise the Democratic candidates in the New York City mayoral race, while also maintaining his close ties to the New York Hotel and Motel Trades Council, which represents approximately 30,000 hotel workers in the city.

Since starting Metropolitan Public Strategies, Kwatra has established himself as a valuable asset to clients looking for strategic development. He was named to Crain’s New York Business “40 Under Forty” in 2012 and recognized in City and State’s “Power 100” lists in 2014, 2016, and 2017.